Your Employment Rights as a Volunteer 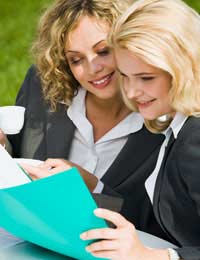 Because volunteer workers do not have a contract of employment as such they do not have the same kind of employment rights as an ordinary employee would be entitled to. This does not, however, mean that you could be exploited and in certain areas, you would still be protected.

Instead of an employment contract, you would normally be given some form of volunteer policy similar to a job description, which is usually called a ‘volunteer agreement’. In terms of legislation, and things you should know, however, the information below is important to anybody who is intending to become a volunteer.

As almost every charitable organisation or other company or institution is going to have at least one employee on staff, it is therefore subject to government health and safety legislation and, as such, you as a volunteer can expect the same level of commitment to your own health and safety as would any staff employee. Your own role too would be covered by risk assessment and action that might be needed to be carried out as a result of that must be taken in line with the legislation in place.

As you are undertaking a ‘voluntary’ job, you are excluded from the National Minimum Wage regulations. Any expenses that are agreed are not considered a substitute for a ‘wage’ as such. They are simply to repay you for any costs such as travel, meals and, in some cases, accommodation that you have met yourself, i.e. expenses which you wouldn’t have incurred had you not been volunteering.

You might also be offered training. The important things to remember here are that you are not automatically entitled to receive expenses and training and, although most organisations will pay for expenses and some will also offer training, you need to ensure that you have checked this out first and that it forms part of your voluntary agreement or you could well end up being out of pocket for your efforts. It’s also important that you don’t unwittingly accept more money in expenses than it costs to cover the actual expenditure you’ve made as a result of being on duty. This is especially relevant if you are receiving state benefits as it can affect those.

Many voluntary organisations will offer volunteer work to children although the law limits what children under 16 years old can participate in. For example, if you are under 14, you are not allowed to offer your services, whether paid or unpaid, to a profit-making organisation.

In addition to some of the points covered above, your voluntary agreement should state what level of supervision and support you’ll get, how any disputes will be resolved and details of the organisation’s insurance cover and equal opportunities policy.

As a volunteer, you have exactly the same rights as a member of staff when it comes to data protection legislation.

Overseas volunteers outside the EEA (European Economic Area) do not have any special dispensation to come to the UK to become a voluntary worker. The Government do operate certain concessions but it’s important to find this out before you simply come to the UK to take up a voluntary position because you will be contravening UK immigration laws if you do not have the correct paperwork. As with any employment issues, if, as a volunteer, you do have an issue with the work you are doing, you can seek advice from ACAS.

So, be sure that you know your rights and that you have obtained a volunteer agreement which you are happy with before you start working as a volunteer.

Do You Have What it Takes to Be a Volunteer?

Volunteering: Is Part or Full Time Right for You?